As demonstrated by the recent wave of attacks, terrorists find ways to thwart counter-terrorism defenses. However, for leaders who seek it, there is a simple and cost-effective solution to create lasting peace known in military circles as Invincible Defense Technology (IDT).

This method comes from the fields of social sciences and quantum unified field theory—not from conventional approaches utilizing weaponry, and not from the field of politics. (See: Global Union of Scientists for Peace) 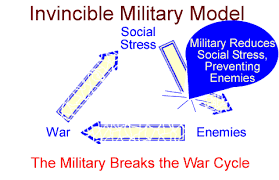 Although militaries are adopting IDT, unfortunately no concrete action has yet been taken by leaders in other troubled, highly stressed areas. Obviously, current counter-terrorism approaches are not working and may actually inspire even more terrorism. Here is a way to prevent terrorism by deploying a simple, proven, advanced human resource-based military technology, with minimal costs and training needed to implement it. For most countries, it would cost less than one modern fighter jet.

How does it work and how is it applied?

Military personnel, functioning as a societal coherence-creating unit, practice the non-religious practice of Transcendental Meditation and its advanced practices together in a group twice a day, seven days a week. This specially trained military unit, an ''IDT Prevention Wing of the Military'' uses IDT to neutralize the buildup of stress in the national collective consciousness that ultimately fuels terrorism, war and crime. As collective stress and frustration subside, government leaders and citizens alike are more capable of finding orderly and constructive solutions to the issues that have separated them for generations.

Experience with IDT in highly stressed areas of the globe has demonstrated increased economic incentives and growth of prosperity. Individual creativity and entrepreneurship increase as well. With greater civic calm, citizens' aspirations rise and a more productive and balanced society emerges. Such a society naturally disallows violence as a means for change, or as an expression of discontent. With this, the ground for terrorism is eliminated. Moreover, this positive change in social trends takes place within a few days or weeks after IDT is introduced. The changes are measurable from such statistics as reduced terrorism, crime rates, accidents, hospital admissions and infant mortality.

The IDT approach has been used during wartime, resulting in reduction of fighting, reduced war deaths and casualties, and improved progress toward resolving the conflict through peaceful means. IDT is totally unlike any other defense technology in that it does not use violence in an attempt to quell violence. Not only is this a more civilized approach, but also the IDT defense technology supersedes all other known defense technologies (which are based on electronic, chemical, and/or nuclear forces). Therefore, militaries that deploy it gain the ultimate strategic advantage. And it has the added advantage of being extremely cost-effective, requiring minimal time and training to utilize.

If leaders establish Prevention Wings of the Military, they will ease the current high tensions, reverse centuries of mistrust and hatred, and permanently prevent future unrest. These IDT units will create genuine and lasting reconciliation and friendship where there was once only hatred and conflict. The powerful IDT human-resource-based defense technology disallows negative trends and prevents enemies from arising. No enemies, means no terrorism and full security, as well as a normal, happy, productive life for everyone.

Extensive scientific research objectively shows that this approach works. When large assemblies of civilian IDT experts gathered during the years 1983-1985, terrorism-related casualties decreased 72 per cent, international conflict decreased 32 per cent, and overall violence was reduced in nations without intrusion by other governments.

Recent events show that IDT is desperately needed. There is truly no other solution. Leaders must act now.

Dr. David Leffler is the author of ''A New Role for the Military: Preventing Enemies from Arising—Reviving an Ancient Approach to Peace.'' He was a member of the US Air Force for nine years. Dr. Leffler has a Ph.D. in Consciousness-Based Military Defense and served as an Associate of the Proteus Management Group at the Center for Strategic Leadership, US Army War College. Currently, he serves as the Executive Director at the Center for Advanced Military Science (CAMS) and lectures and writes worldwide about IDT. He is on Twitter* and Facebook**.

Posted by Milton.Drepaul at 5:21 PM 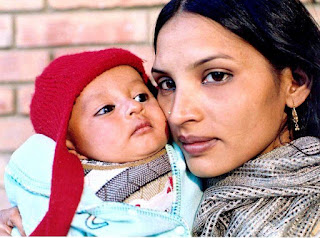